7th Lord and Marriage in Astrology

Marriage and Compatability in Astrology: In Vedic Astrology, the 7th house is Kaletra Bhava and Maraka house. This is exactly opposite to the ascendant and so is the descendant. This house represents marriage and relationship. Now, this is Maraka but also taken for such a sacred relationship. Today, in this article, I will share my understanding of the 7th house in Vedic astrology, so read this till the end.

The 1st house is self, this is shiva and the 7th house is partner, the shakti. These are opposite energies, and their union creates a living being. Shiv and Shakti, the concept has a deeper meaning.

As per my understanding, Rishis called it Maraka as this Kaam bhav, so it will distract you from attaining moksha.

Now if you note the Rashi falling in the 7th house is never friendly to the 1st Rashi or sign. So there are certain karmic connections in this union. This entirely opposite energy will make you complete. And completion comes after a rough and journey. Here if the two people accept the shortcomings and focus on the positive traits, then this fulfillment takes place. Else this is Maraka bhav, so a strong karmic baggage person enters your life.

Like if you are Leo Lagna then in the 7th house, the Aquarius sign falls. So the two lords Sun and Saturn are inimical, they have different flavors, likes, and objections, an entirely different way of existence and perception of undertakings.

With this house, you see a totally different character, who is not at all like you plus no compatibility. So how can you marry, an entirely diverse person? The 7th house signifies various kinds of partnerships like marriage, business relationships, contracts, agreements, and negotiations.

What happens when your 1st house lord is posited in the 7th house?

To check the strength of the 7th house, or if you want to know that how will your relationship grow up in reality. You have to understand the meaning and importance of the 7th house, and the karaka planet Venus in detail.

In the 7th house, there is a sense of fascination with the opposite sex, compatibility, harmony, passion for one another, commitment, and understanding for each other. Also, the 7th lord position house and its nakshatra will create the vision of the relationship plus its quality. And don’t forget to check the strength in D-9 or navamsa chart.

These two opposite energies become very powerful when it comes to partnership. Here partnerships are marriage as well as business associations. So by recognizing and collaborating with this opposite personality, one can achieve his goals.

Importance of Elements: Marriage in Astrology

Now if you have to check about and marriage or business partnerships then the best way is to check the element compatibility. Let me explain the five-element concept here.

Now based on this theory try to understand how the universe gives an opportunity to maintain a balance with the opposite energy in a relationship for procreation, creation, and accomplishments.

And this is the reason, that in the natural zodiac Libra’s sign of justice and balance falls in the 7th house. Plus Karaka Venus being the lord, is the significator of the 7th house. Venus affirms the art of relationship, love, romance, and also wealth in life.

If you are Aries Lagna so, this is fire energy and the opposite is Libra, therefore, the air element. This is Mars and Venus’s relation. So as per Vedic rules, the two are inimical but they have to understand each other. And bring out the best in each other. This is the pending karma and so it needs adjustments, cooperation, respect, and patience.

Now the air is the creator of fire. If light air is balanced then the fire will be ignited in a proper way. So it means both these forces in fact complement each other for creation.

If you are Taurus Lagna, so this is an earth element and the opposite is Scorpio a water element. This is again Venus and Mars’s relation. But the difference is here Mars has water energy, so if water is balanced(stable) and flows on earth then it will create life. (excitement and enthusiasm)

Now water always wants a container or sidewall to secure itself, as it wants to love and care, attention, and support. So here the earth element can form a strong boundary and thus it can give a stable relationship.

If you are Gemini Lagna, then this is an Air element, and the opposite is Sagittarius a fire element. Now, this is Mercury and Jupiter’s relation. They share neutral relation.

In this Air fire relation, the Mercury person needs to be balanced as that is holding inimical energy with Jupiter. So air if imbalanced can cause anxiety and insecurity issues.

If you are Cancer Lagna, then this is the water element, and the opposite is the Capricorn, the earth element. This is Moon and Saturn relation. So definitely the water will be dried with the intense and dark energy of the earth.

Now here the earth element will take care of the water person. As water is more emotional and sensitive. Earth is strong and determined. He can handle emotions and aggression both in a better way due to its strong base.

Sun in Leo – Aquarius Lagna: Sun represents the fire element, and fire if imbalanced, can cause harm. So either the person should be involved in Sun-related business-like in the government sector or medical field. Or there should be some favorable aspect or conjunction. Else Sun in the 7th house can break relations.

Moon in Cancer – Capricorn Lagna: Moon signifies emotions, and sentiments. So kindness, creativity, flexibility, tenderness, nourishing, emotions, psychic energies, and intuitive spirit these attributes are all governed by Moon. Now an emotional and fluctuating planet in the house of relationship. Here Moon generally causes emotional issues with a spouse. Now the severity of disappointment will vary as per the strength of the moon and its star.

In my view, if Moon is related to the lord of the 6, 8, and 12th houses. Then creates a heartfelt block, and such couples don’t have emotional comfort from their spouse. This results in rift and disagreement of opinion. So I see the moon in the 7th house, a weak planet that can create emotional and mental issues.

Mars is action-oriented, spontaneous, aggressive, and full of enthusiasm. Its main features are courage, daring, powerful physical stamina, a strong attitude, a strong determination, and self-indulgence. So the indications like fearlessness, being straightforward, blunt, argumentative, stubborn, and quarrelsome are signified by the planet Mars. Now a fiery Commander in chief is given the seat of relationship and marriage.

Mars in Aries – Libra Lagna: Here Mars will bring his force into the relationship. Therefore this can give a dominating and aggressive partner. He does not know the meaning of romance and affection, he believes in setting goals and achieving things. So Mars in the 7th house gives a strict and hot-tempered partner. But if PAC with friendly signs then it can be favorable yet dominating but if with inimical sign then disputes and arguments due to opposite choices and desires.

Mercury in Virgo – Pisces Lagna: A youthful and witty planet in the house of relationship. And Mercury is also 4th lord, for this Lagna, so 4th lord in 7th states mother’s role in the relationship. Also if there are afflictions then this Mercury can give a strategic and calculative mind. Now when strategies and calculations come into a relationship. And immature behavior in connections makes the going get tough. So this kind of position needs a mature attitude in life.

Rahu is a dragon, with no apparent body, and no content. Now, when in the house of marriage and partnership, it will breed suspicion and create confusion in the relationship.

Rahu in the 7th house can make your partner behave in a strange manner, can be unpredictable, clever, very demanding. It can belong to a different caste, and will not follow the social practice. not good as it will disrupt the relationship

So Rahu in the 7th house is not good as it will disrupt the relationship. This position can also give extramarital affairs. And this results in quarrels and separation. But I would suggest the 7th lord position becomes very important if Rahu is in the 7th house.

Jupiter represents Dharma, and the 7th house, a Kaam Bhav, which states our materialistic desires. So what happens when a saint is given the seat of love, marriage, relationship, Business, and partnership?

In Vedic astrology, it is also considered as ‘Karko Bhav Nash’ this means that if the significator planet takes the position of the house, it actually signifies, then it causes disturbances related to that house.

Jupiter in Sagittarius – Gemini Lagna: In my view, it is a weak position while considering a relationship, perhaps the high moral values, principles, dignity, and respect become the main reason. So a higher mind is asked to make emotional and sexual relations.

But since Jupiter is a natural benefic, so it will always try to save the relationship unless there are other serious afflictions. One should also see Jupiter’s status in the Navamsha chart to know about the real strength of the planet.

Venus in Libra – Aries Lagna: The results of Venus will be completely dependent on its star position. Furthermore, Venus being the lord of the natural 7th house, Libra will try to maintain balance and harmony in relationships, unless there are other afflictions.

So generally it is seen such people have very artistic partners, and they know the art of making relationships and then living a comfortable and prosperous life.

In Vedic Astrology, Saturn represents limitations, structure, organization, discipline, and responsibilities. So when a dark and intense planet is posited in the house of marriage, so definitely, its effects will be seen in marriage.

Saturn in Capricorn – Cancer Lagna: Saturn effects like delay, denial, and dejection will be seen in the marriage. In my view Saturn’s position in 7th is weak and either will delay marriage or give discontentment into the relationship.

The reason is that Saturn is a dry planet and posited in love, and connection house. So Saturn likes isolation and aloofness. Now, these are conflicting terms for relationships.

A  psychic planet in the house of family lineage. This will create strangeness and limitations in their way of expressing their feelings. I  have noted in my experience that when Ketu is in the 7th house, it actually separates you from the relationship. Here the grudge and revengeful attitude do the task. The interest is loud, blunt, and sarcastic as Mars plays its role.

Marriage and relationships are truly based on trust, sentiments, and companionship. Ketu is only emotional when in water signs like Cancer, Scorpio, and Pisces.

Ketu’s position in the 7th house states that you have already mastered the skill of relationship. So in this birth, the focus is on Rahu in Lagna. This position gives more enthusiasm to Rahu’s position in 1st house, to prove his personality and achievements in your career. Hence Ketu being a separatist has higher goals, a moksha planet in Kaam bhav is weak to build relationships and partnerships.

The 7th house is the Kendra bhav and shows that partnerships and business associations teach us the lesson of forming relationships with entirely different people.

So if arrogance and authorization are running here, then it generates conflicts, but if sacrifice and knowledge take the sequence then it saves and makes the connection so wonderful.

It probably makes you complete. You realize the importance of a bond and the penance behind it.

If there are afflictions in this house, then this same house of love and passion converts into marriage lawsuits, divorces, and heartbreaks. 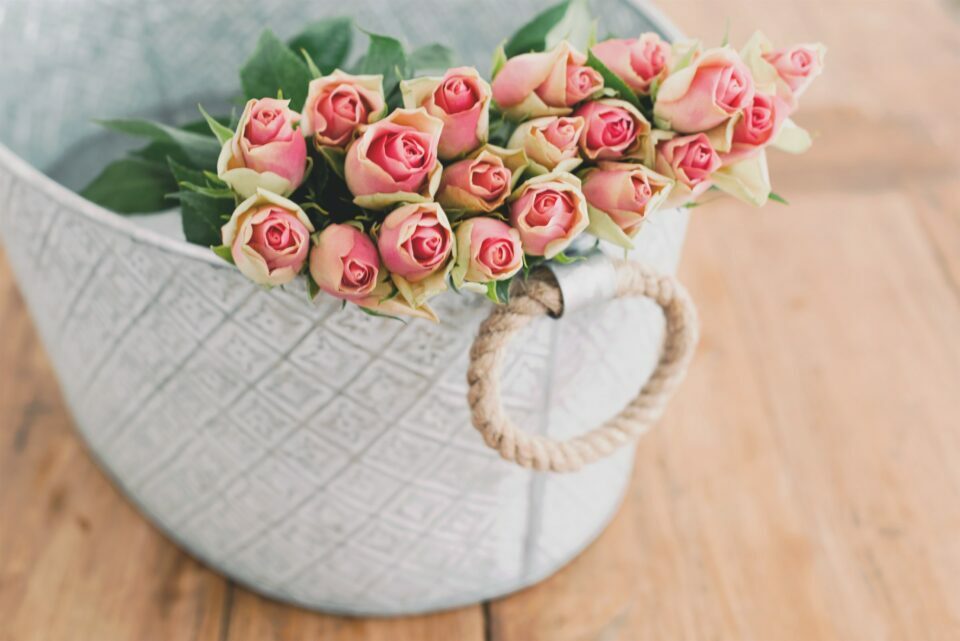