Mars in Astrology: Result in 12 Houses

Mars in Astrology: Mars is Commander – in – chief in the planetary cabinet. This planet represents courage, physical strength, boldness, and leadership qualities. Mars changes its sign after 45 days. It is exalted in Capricorn and debilitated in Cancer. Aries and Scorpio are the two zodiac signs governed by Mars. This planet gives the best results in Upachachaya houses like 3H, 6H, 10H, and 11H.

Mars in Astrology: Friends and Enemies

Mars is a fiery planet, that signifies action, energy, passion, desire, and sex. The Energy part is Mars, so it is physical, emotional, and intellectual. Now firstly let’s understand that Mars is friendly to Jupiter, Sun, and Moon. So Mars is strong if posited, aspected and conjunct with friendly planets.

And Saturn, Rahu, Ketu, Venus, and Mercury are enemies. So if aspected, conjunct and posited with these planets, then it is weak.

The most important factor before analyzing Mars in the birth chart is to first check the position and strength of the Moon and also Mercury. As Moon is your mind, and an idea or thought first occurs in the mind, then Mercury takes a decision using the logical mind. And then the action takes place. So if you see exalted Mars but Moon is weak and depressed, this Moon will ask Mars to take self-destructive actions.

If Mars is strong…

If Mars is weak…

Mars in Astrology is strengthened if you do…

Mars in Astrology: Role of Elements

To have a better understanding of Mars, which represents innate energy to achieve goals. Let’s understand the role of planet Mars in elements like fire, earth air, and water. The effect of Mars in the 12 signs in the zodiac is divided as per elements.

Fire Element: A fiery planet if linked with a fiery sign, increases the fire energy. Now here Mars is in its own sign, (own element) A very impulsive, spontaneous, and action-oriented planet will get opportunities to show its passion and spark.

Aries: Aries is the mooltrikona sign of Mars and the 1st lord of the natural zodiac. This position is perhaps one of the strongest positions as it makes one knowledgeable of its power. Accordingly, one is sensible and has full control of his aggression and temperament. Unless it is retrograde or connected with Dukhsthana.

Leo: If Mars is in Leo, it is friendly with Sun, and this increases the Agni. And increased fire energy is imbalanced, it makes the person irritated, argumentative, violent, and aggressive.

Sagittarius: Mars represents desire and strength, and Sagittarius is ruled by Jupiter, which represents a higher knowledge. here one is passionate to spread knowledge.

Earthy Element: Fire energy always works well with the earthy form. Here it gets a stable surface, is poised and the skill is used for a strong foundation. This stable fire energy becomes extremely productive.

Taurus: Mars is stable in this earthy sign. It gets ground to support its passion. Venus being lord of Taurus takes the warrior temperament of Mars and protects its passion in its artistic way. Thus Mars is balanced in the sign of Taurus.

Virgo: Mars gives weak results in the Virgo sign, as it is inimical to Mercury. Though this is an earth element, here Mars is not productive enough. Hence Virgo sign is not a good place for Mars.

Capricorn: Mars gives the best results in the sign of Capricorn. This stable ground is best to make innovations and then spread its idea worldwide. A strong Mars here does not get into arguments or lose temper. Therefore one is busy working and creating new things.

Air Element: This gives a drive to mental abilities. a fiery sign represents action and airy signs display intellect. So if passion and intellect link then it is converted to skill. And this skill creates new ideas and learnings. Hence, ideas can be spread worldwide in the form of education.

Gemini: Here Mars links with the networking and communicative sign. So the technical planet mars join mercury. And this combination works extremely to spread skills in an innovative way. Mercury represents the IT industry, and today this business is prospering.

Libra: This sign signifies, balance, harmony, justice, and pleasure. So Mars here will balance its fiery element and link with the intellectual mind. Here head rules and impulsive behavior are suppressed.

Aquarius: This signifies higher goals for the betterment of society and humanity. Here mars passion, and strength manifest goals that are meant for society.

Water Element: If the Fiery planet joins the water element, water will evaporate and fire will be weakened. This combination actually gives emotional and physical illness.

Why is Mars debilitated in Cancer?

Cancer: Mars in the Cancer sign is debilitated. When a planet is debilitated it is just opposite its own exalted state. This means the planet has to put a lot of effort to get the results of its best form. Like here it is energetic, bold, and fighter Mars. And Cancer sign represents love, nurturing, feeling for support, sensitivity, and conservative. Now, this position of Mars is like a soldier, who has only one weapon and that is emotion, sensitivity, and Tears.

This also indicates that it is inefficient and does not know the right way to channel fire energy. One will struggle for willpower, courage and to get physically active. So here one can have grudges, feel dependent, and even act in an unusual way.

They will have a tendency to hold back feelings, and this attitude later gives them physical ailments. Mars wants an environment, where he can use his fire energy in the most marvelous way.

Scorpio: Scorpio is the 8th lord of the natural zodiac and represents sex, death, transformation, and other people’s money. Mars in its own sign of Scorpio — energy, drive, passion, and enthusiasm links the passion with occult science and awakens psychic abilities. But it also makes the person short-tempered, impulsive, and quarrelsome. Perhaps this position gives secretive aggression to a person.

Pisces: This shows the chances of passion and enthusiasm getting drained, reduced, or even ruined. Pisces is a sign of spirituality, imagination, emotions, isolation, and charity. Mars here gives passion to research, spiritual organizations like yoga, or Vedic knowledge. So the action-oriented planet has taken the costume of a deep thinker and emotional person.

Mars in Astrology: Importance in 12 Houses

This way I have shared my knowledge about the planet Mars. Actually, people have misconceptions when they talk about Mars. I believe that malefic planets make the person very strong by giving them continuous trials and tribulations.

Once the testing time is over, then these planets take the individuals towards higher goals where they are evolved, souls. And that was the main purpose of this planet. 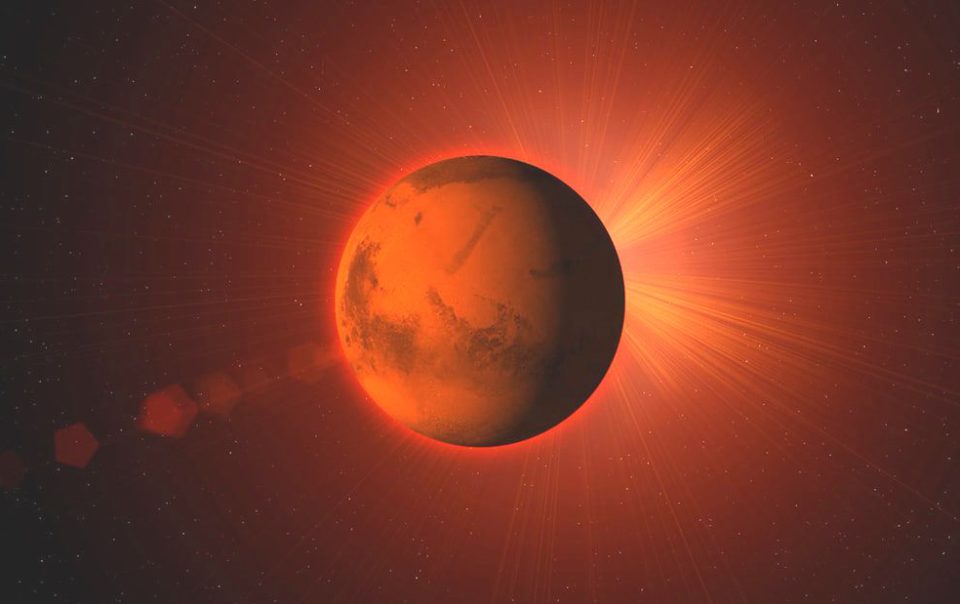